NET Carbs: What Are They and How do They Work?

2022 Nov 25
9 min read
Are all carbs the same? Today we’re going to discuss the difference between NET carbs… 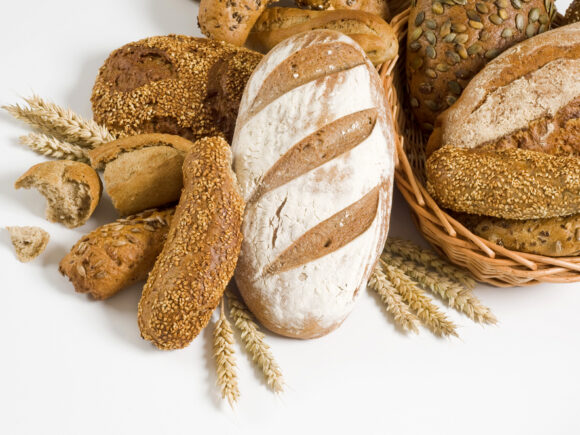 Are all carbs the same? Today we’re going to discuss the difference between NET carbs…

Are all carbs the same?

Today we’re going to discuss the difference between NET carbs and total carbs, as well as the specifics that make up each group and how they work with a ketogenic diet.

Stick with us and you’ll learn about what makes a carb a NET carb, how they work in your body and how they can be incorporated into your diet for the best results.

The subject of a lot of controversy in recent decades, carbohydrates are one of the three macronutrients that make up the vast majority of calories from foods. They are the short-term energy source for the body – with specific benefits to muscle metabolism and the brain itself.

Carbohydrates break down into 3 basic categories that are going to be crucial to how we’re discussing them today. These categories are key to defining NET carbs and total carbs, and they’re as follows:

The Role of Carbs in The Body

When you eat carbohydrates, they’re broken down into the constituent glucose molecules which are re-connected in the form of glycogen – a high-density carbohydrate source that is stored in the muscles for activity and the liver for redistribution.

The difference between slow and fast-absorbing carbs is how rapidly they adjust your blood sugar, replenish glycogen stores, and their overall absorption rate. There are many different absorption speeds, which are measured and compared under the name“glycaemic index”(GI). [1]

This one is a real problem worth addressing.

With the increased focus on low-carb, high-fat (LCHF) diets in recent decades, carbs overall have lost a lot of popularity. We see this all the time – the public thinks that fats are bad for you, then carbs, then fats again – but it’s become a bit of a problem.

Carbs do not make you fat, they do not cause heart problems, they are not going to ruin your gut health, or whatever other rumors you’ve heard. They’re not good in excess, but neither are fats or proteins or anything else – that’s how excess works.

The problem we have with carbs right nowis over-eating and over-eating of refined, high-sugar carbs in particular. [3] These are fine in moderation and balanced against your personal activity levels, but too much combined with a calorie surplus is a common cause of type-2 diabetes and other health problems.

What we need is to re-evaluate the role of carbs in the diet and how they can be better-implemented. Eliminating carbs isn’t the best choice for everyone – some carbs are important for health and performance – but limiting and targeting them to your needs is important.

This means that NET carbs count as having calories, while fiber does not. This is a big deal since any LCHF diet is going to be concerned with your NET carb intake, as these are the ones that produce insulin and are converted into glycogen.

These are the two roles that we’re concerned with when looking at how carbs fit into the diet: how they affect your calorie intake, and how your body responds to them on a hormonal and muscular level. Fiber doesn’t really have a calorie value, while the effects it has on the body are mostly positive and less-controversial than the effects of NET carbs.

How the Body Responds to NET Carbs

When you eat carbs, your body performs a cascade of short- and long-term signals through the nervous and hormonal systems.

The first thing that happens is a signal for having energy – this produces an insulin response and signals for energy-abundance in the body. Insulin is a hormone that transports carbohydrates for conversion or storage in muscles, but is also important in diabetes. Insulin resistance happens when you’re constantly in a state of high-carb feeding and your body loses sensitivity to insulin.

This change is a real problem because you’re going to become inefficient at processing sugars, all while having more in your bloodstream due to diet, which leads to excessive blood-sugar. This can also mean a shortage of insulin, serious circulation problems, increased risk of cardiovascular problems, and other co-morbidities.

On the other hand, the abundance of energy seen with the consumption of NET carbs is essential for optimalmuscle growth. [4] Signaling for energy is associated with producing more muscle as carbohydrate intake in the diet boosts the muscle-protein production process.

The important thing to remember is that these are two sides of the same coin: diabetes and optimal muscle growth are both related to the quantity of carbs and calories in your diet. Carbs don’t cause obesity or diabetesby themselves – only in excess and in the absence of exercise. [5] Equally, carb intake by itself won’t boost muscle: you need to combine it with training and protein intake.

Why is Fiber Different?

Dietary fiber is a collection of substances that are not able to be absorbed into the body, but because of this they provide a wealth of health benefits that you might not have anticipated or known.

To start with, dietary fiber being indigestible means that it assists with pushing other foods and waste through the digestive system. There’s no nice way to put this: dietary fiber protects you from both constipation and diarrhea, which is always good.

Secondly, the fact it doesn’t digest mans that foods that are a mixture of NET carbs and large amounts of fiber absorb slowly and provide consistent energy. This is why we consider wholegrains and brown carbs to be generally healthier: they’re slower absorbing and won’t spike insulin in the same way – at least in the short-term.

A high-fiber diet has thus been linked to increasing the regularity of your metabolism. The slower, consistent release of carbs into the bloodstream stabilizes insulin release and reduces the risk of insulin resistance.

Overall, dietary fiber is a part of the healthiest foods around and provides a variety of different benefits that make it a great part of your overall diet. This even includes probiotic benefits and improves the health of the gut and reduces the risk of Colo-rectal cancer. [6]

Structuring Your Diet: How to Use Each Type of Carbohydrate

If you’re looking for the best results, then your first goal with carbohydrates should be balance and better quality.

This starts with moderation of the amount of carbs you’re consuming overall. No matter how healthy your carb sources are, you’re still going to be at risk of diabetes if you eat to excess.

So how do we moderate carbohydrates? Because they’re exercise-fuel, it makes sense to use carbohydrates in proportion to the amount of intense exercise you perform on a daily basis. [7]

If you’re totally inactive then you don’t need many carbs at all, while a moderately-active person (exercising 2-3 times a week) requires around 30% of calories from carbs, and someone who trains in HIIT and mixed-demand sports will need up to 45% of calories from carbohydrates on a given day.

The more exercise you’re performing, the more carbohydrates you’ll be using in the form of glycogen, as well as an increase in muscle damage. This means that you’re going to need to replace your energy stores and ensure that you’re producing enough muscle proteins for recovery and growth – both of which respond to properly-balanced carbohydrate feeding.

This is the second way of moderating your overall dietary carb intake: pick the right carbs!

There’s nothing wrong with sugar when it is used properly (which we’ll discuss below), but overall dietary carbohydrate qualityis going to affect everything from vitamin and mineral intake, to fiber, to energy availability for training. [8]

Carbohydrate quality is mostly a balance of GI – the speed at which carbs enter your bloodstream after being eaten – and the additional nutrients they provide. This is obvious from the best examples of dietary carbohydrates: wholegrains and pulses.

Wholegrains and pulses have a well-balanced profile of low-GI (slow-absorbing) carbohydrates, as well as a wide variety of other nutrients. Oats are a great example of this, providing micronutrients like magnesium, plenty of fiber, and a slow-digesting, filling carbohydrate. They’re also super versatile and easily mixed with sweeter carbs to provide balance.

Pulses have a similar profile when it comes to both absorption speed and the variety of nutrients they provide. They also have the additional advantage of being a mixed food – providing reasonable protein and other nutrients – and being a great staple food to replace low-quality foods like processed potatoes.

The use of carbohydrates to maximize your health and performance is also dependent on the timing of your carbohydrate intake and using it to your advantage.

This is all dependent on a very simple rule of thumb: Eat carbohydrates with GIs that are proportional to your time-until-exercise.

What does this mean? Simple, you just have to eat your high-GI carbs closer to training, and the rest of the time you should be focusing on low-GI carbohydrates that are going to keep insulin levels low.

What you want to do is ensure that you’re fuelled upfor exercise by eating simple carbohydrates within an hour before exercise, and then produce the best possible hormonal environment after training to bring about recovery and growth. [9] These both respond well to rapidly-absorbing carbs (like sugar) to provide energy and reduce the energy-deficit that occurs after training.

A pre-training carb source with simple sugars – or even a mixed carb like a flapjack – is a great way to ensure you have sufficient energy stores for that hard workout. Afterward, a mixture of carbohydrates and proteinsare going to be essential to provide your body with the raw materials for performance and recovery. [10]

This doesn’t mean over-eating, but it does allow you to enjoy some of your favorite sugary foods, in moderation, around the time of our workout. This is great for adherence to your diet andboosting performance in weight training, HIIT and mixed-demand workouts.

The concept of NET carbs is what keto really limits: the intake of fiber is not a real problem and you want to get the best possible ratio of total carbs: NET carbs when you are on the ketogenic diet.

NET carbs is what you’re here to control. Keto needs to limit or reduce the overall digestible carb intake – there are no benefits to reducing your fiber intake. This is where all the benefits of the ketogenic diet come from: reducing diabetes risk, improving fat-metabolism, and improving endurance exercise performance.

Understanding how carbs work – and when you should use them – is key to making the most of a Keto or LCHF diet. Carb restriction means that you need to make the most of the carbs you doeat, as well as understanding what counts and what doesn’t.

Prioritize high-quality carbs for your daily allowance, and especially those fibrous vegetables that are low in NET carbs, high in fiber, and rich with other nutrients!

Carbohydrates are far from unhealthy – they’re an entire third of all the components we look at as “macronutrients” and when used properly they’re great for you. The important part of this is that you need to work on better-integrating carbs into your diet, whether or not you choose to restrict them.

Understanding how carbs work – and how your body works in response to them – is a key aspect of improving your dietary quality, health, and exercise performance. Take the information in this article and think about applying it effectively – the results of this alone will be huge!

Category: Other
Share article
Share article
Start your weight loss journey today
Get your personalized keto diet plan and get expert guidance that will help you achieve your goals.
Take the quiz
Most recent 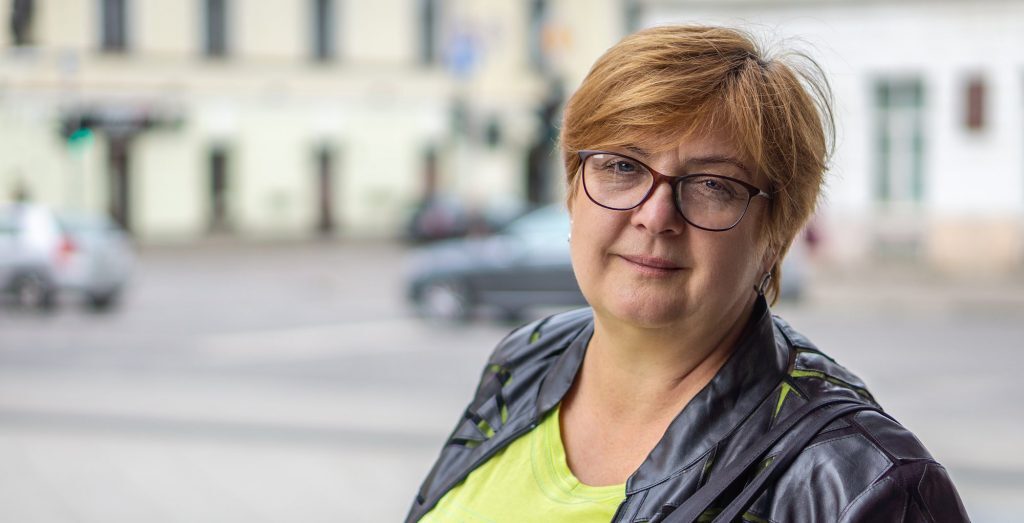 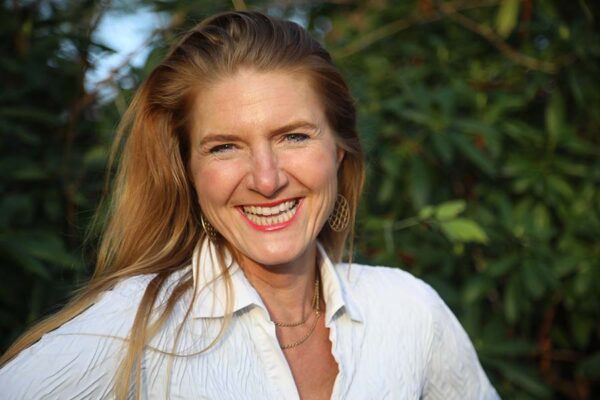 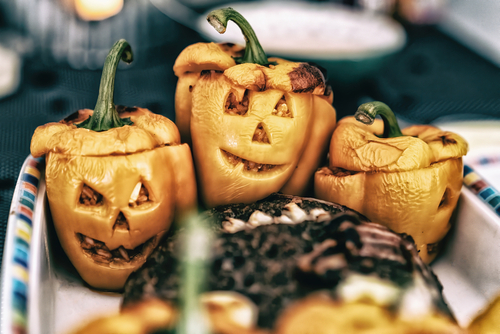 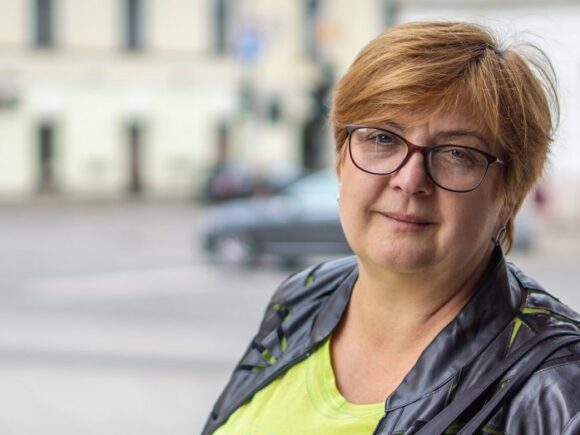 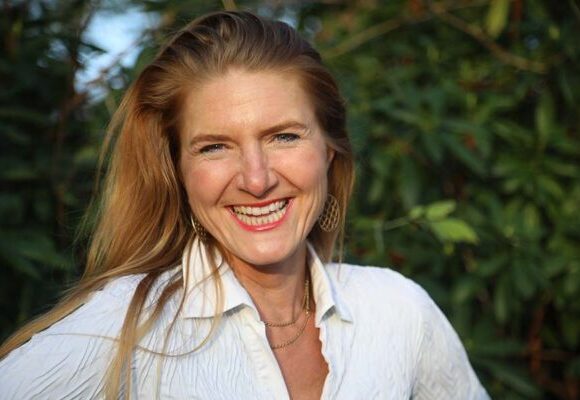 The 8 Tastiest Keto Recipes for a Spooky Halloween Celebration